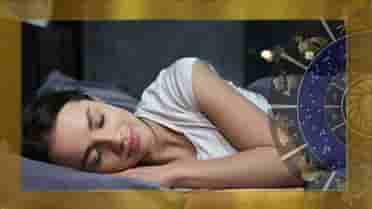 The Foetus: People who get curled up in this position are said to be tough from outside but are sensitive and soft from the inside. They are a bit shy when they meet someone for the first time but later on get relaxed. This sleeping position has been adopted by almost 41% of the people and hence has become a very common position. Compared to men, twice the women tend to adapt this sleeping position.

Log: In this position, a person sleeps on their side with both the arms also on the side. These are the easy going people or the social people who just want to be a part of the crowd and who trust strangers very easily.

The Yearner: In this position, people sleep on their side with both their arms in the front. These people are said to have an open nature but can also be suspicious or cynical. Slow in making up their minds, they find it difficult in taking quick decisions but once they take a decision, they will never change it.

Freefall: People lie on the bed with their back on the top and the hands around the pillow. The head is turned on one side of the pillow. Often gregarious and brash people, but can be nervy and thin-skinned underneath, and don’t like criticism, or extreme situations.

Starfish: You lie on your back with both the arms up around the pillow. These people are good friends and they are always ready to listen to others and also offer help to them. They want to be the centre of attraction but never lie in doing so.